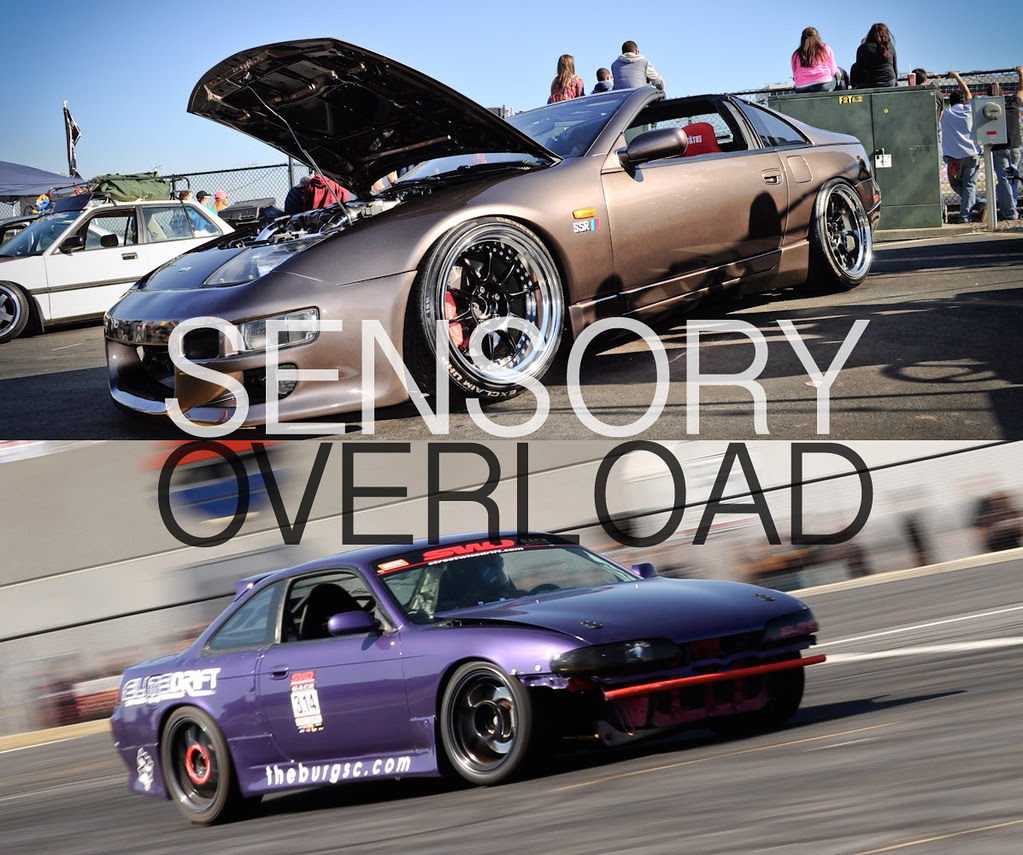 One of the fundamental ideas behind the bURG concept is recognition of not only the local community, but of the east coast scene as a whole.  For years it has felt like the mainstream automotive culture had negrlected the east coast.  However, walking among the many rows of impressive builds at the Stance:Nation/ISO East Coast Fitment Festival and Streetwise Drift Metal In Motion, it felt damn good to be so east coast!
From unique vintage builds to immaculate VIP sedans, Euros and even a swarm of Honda Ruckus scooters, there was a variety of impressive eye candy to check out all day.  The meet as a whole felt reminiscent of earlier Import Alliance days and combined with the perfect weather, it made for a great Saturday.  The bURG's own Editor-in-Chief, Steven Darchiville, debuted his Z32 build for the first time and received plenty of positive feedback.  Owner/Founder of Stance:Nation, Elvis Skender, made the trip out from California and I'm proud to say there was an overload of quality builds displayed to give the west coaster an impression of what the southeast has to offer.
Throughout the day both practice and competitive drifting entertained show goers and participants. Spartanburg locals Adam Seaman, Tommy Van Cleef, Graham Stockley, Justin Moore and bURG contributor Andy Savatisensei qualified Top 16 in the SWD G.A.C.S. Competion.
The southeastern culture has grown into a strong force since the adolescent days of the tuning scene and it's nice to see a signature style develop over the years.  Quality wheels, extensive engine modifications, hot rod/import style cross-breeding, bright colors and parts from homegrown companies like Grip Royal seem to be the flavor of our scene and I love it!  I hope this event becomes an annual affair because we had a blast! Enjoy the pictorial coverage of East Coast Fitment Festival/Metal in Motion! 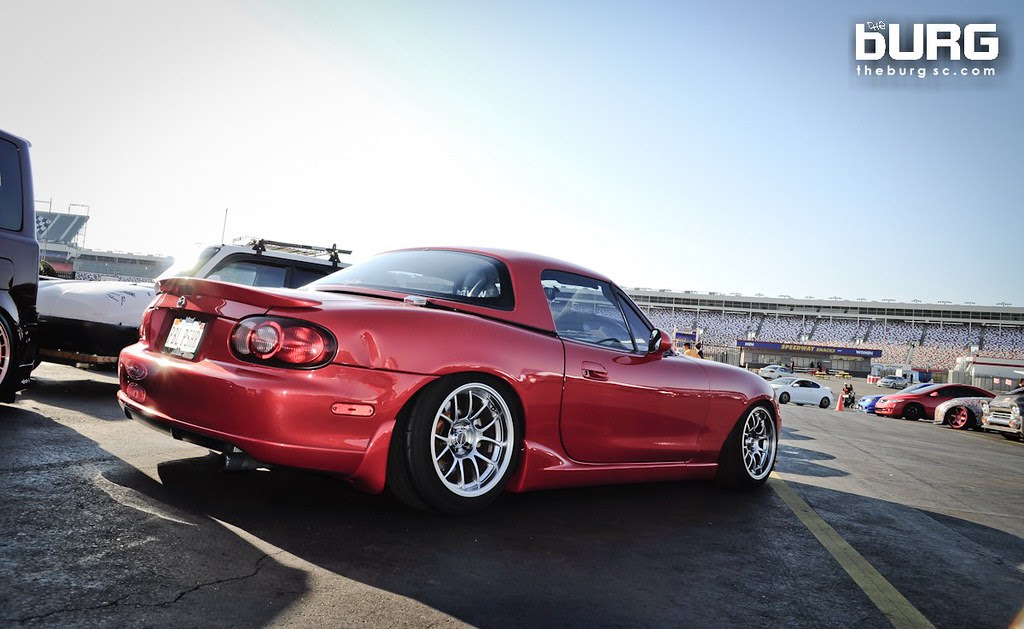 Miatas are gaining in popularity in the tuner world. 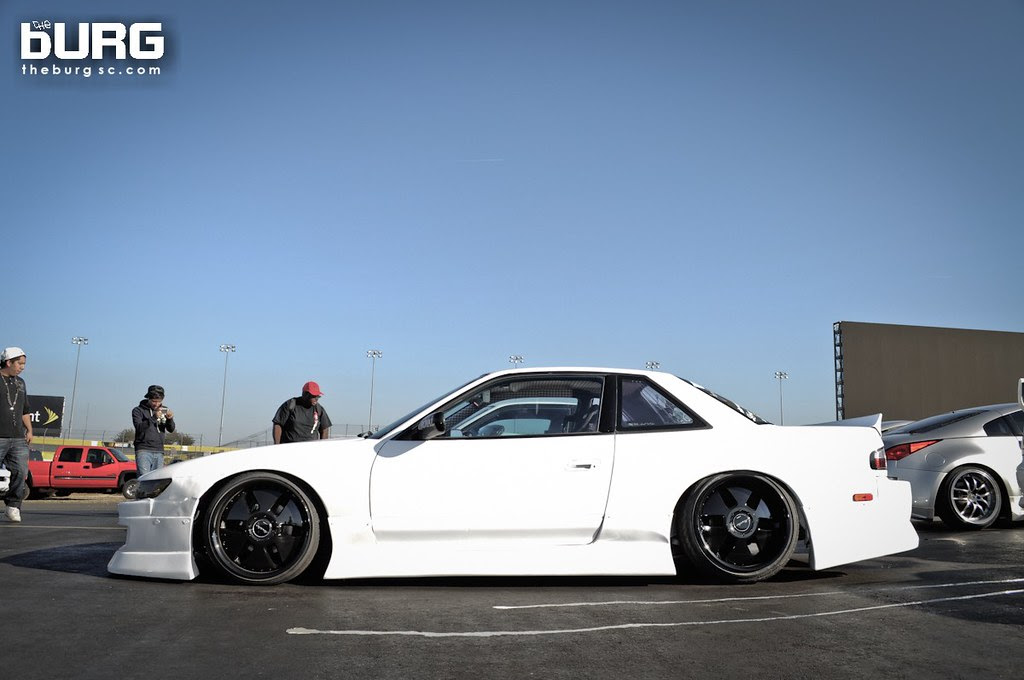 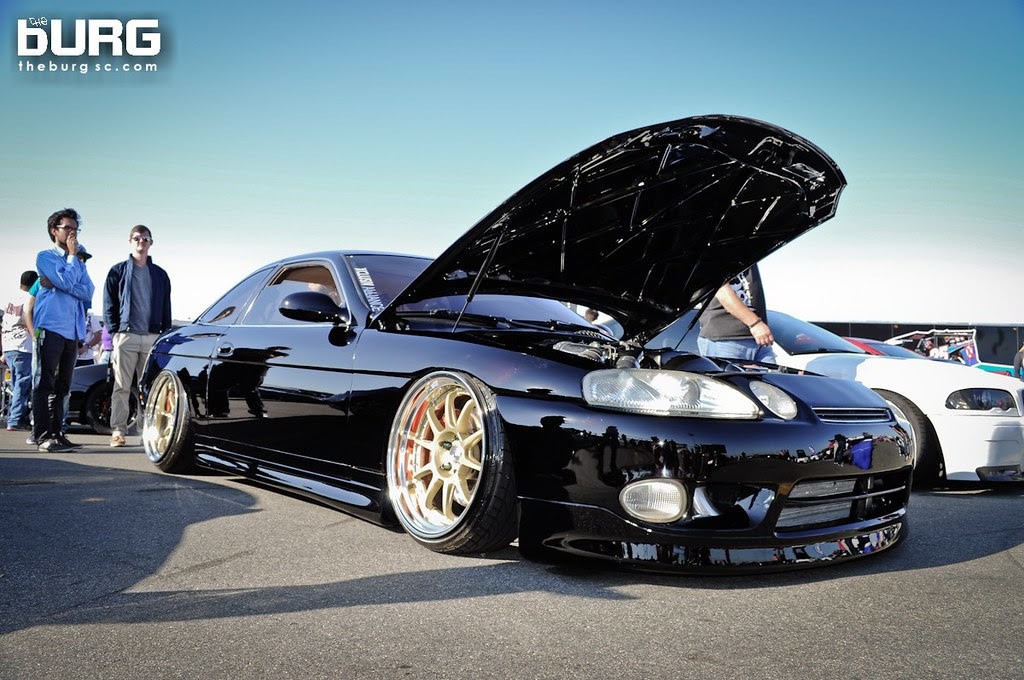 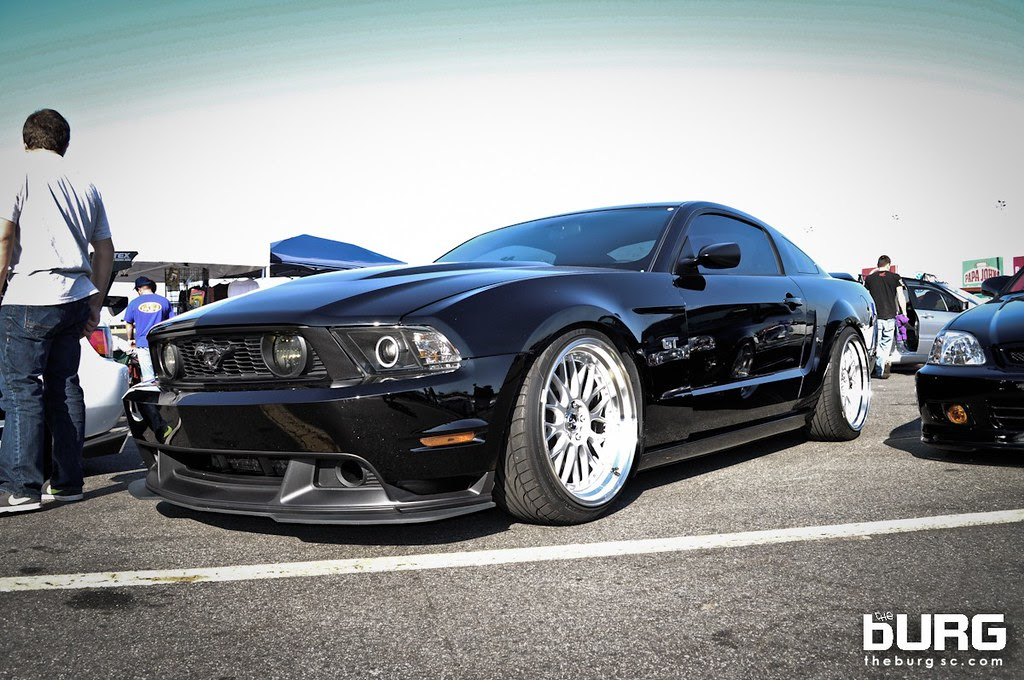 Domestic Stance? I can dig it! 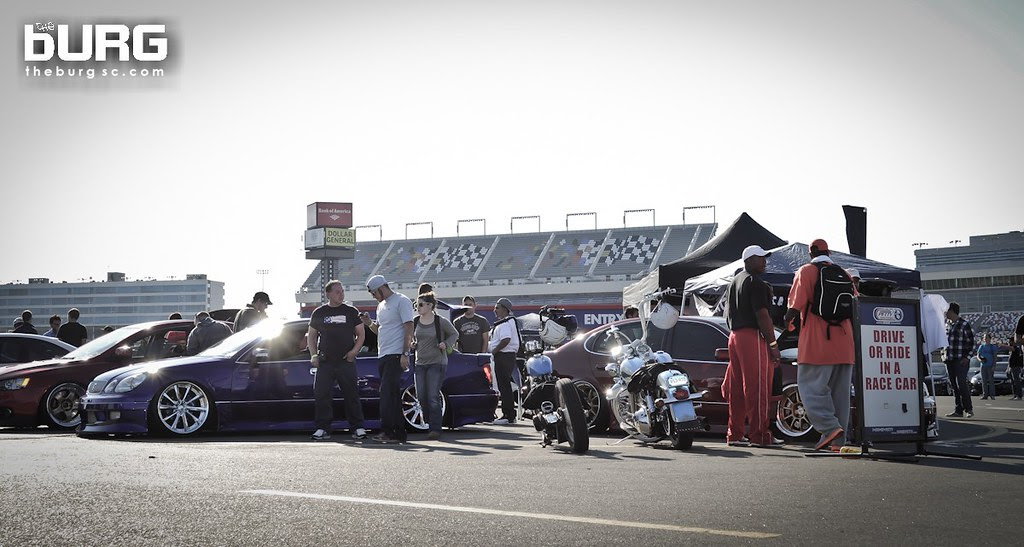 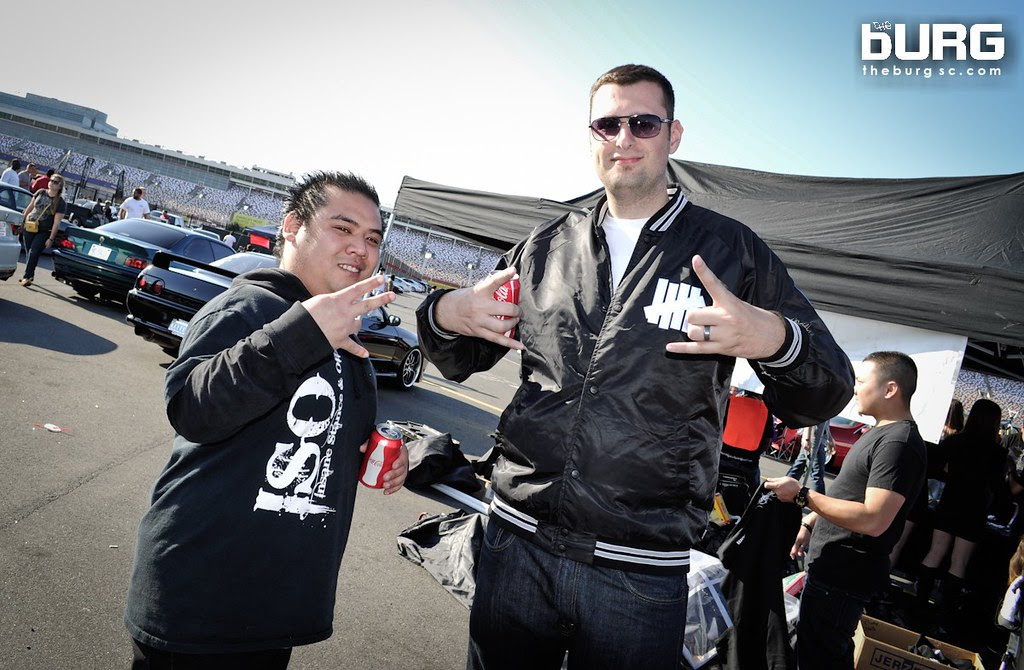 ELVIS IS IN THE BUILDING! 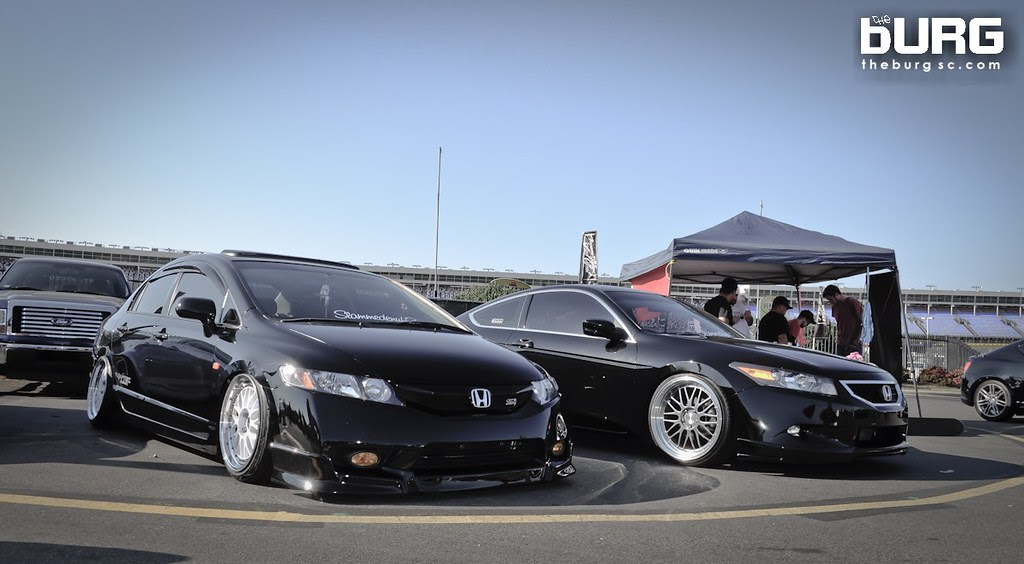 Our friends Tony and Corey from Stance By Definition 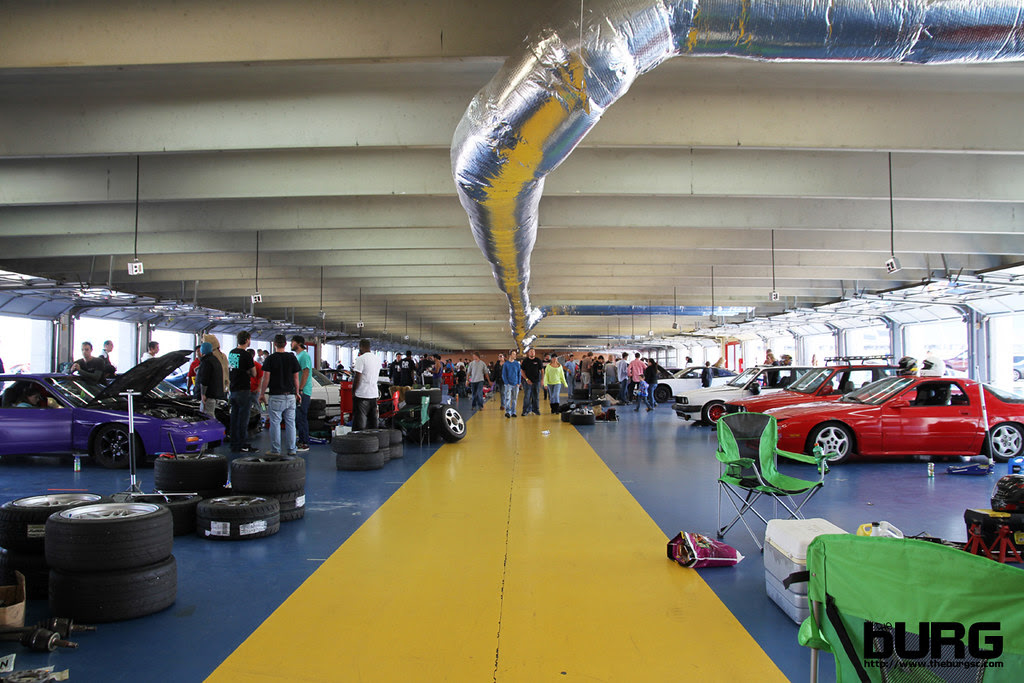 View from the pits 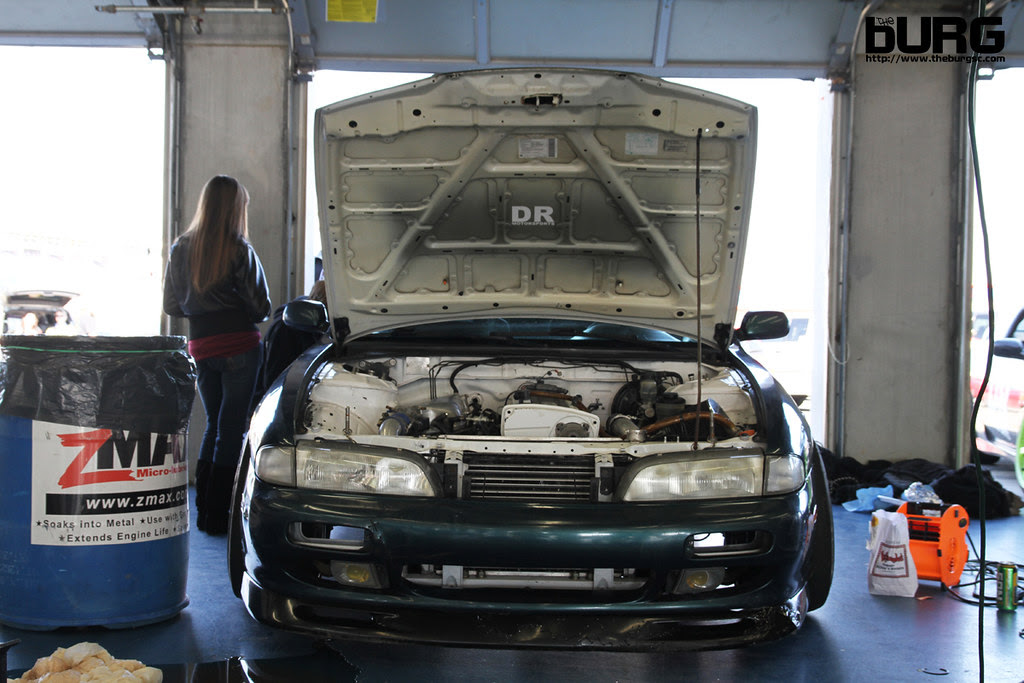 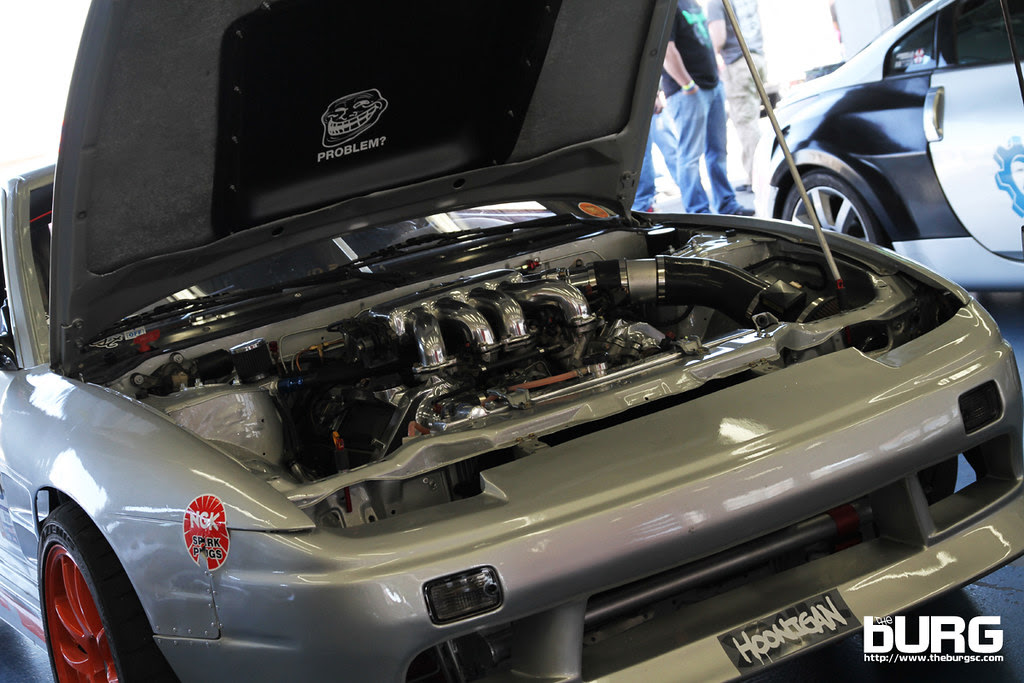 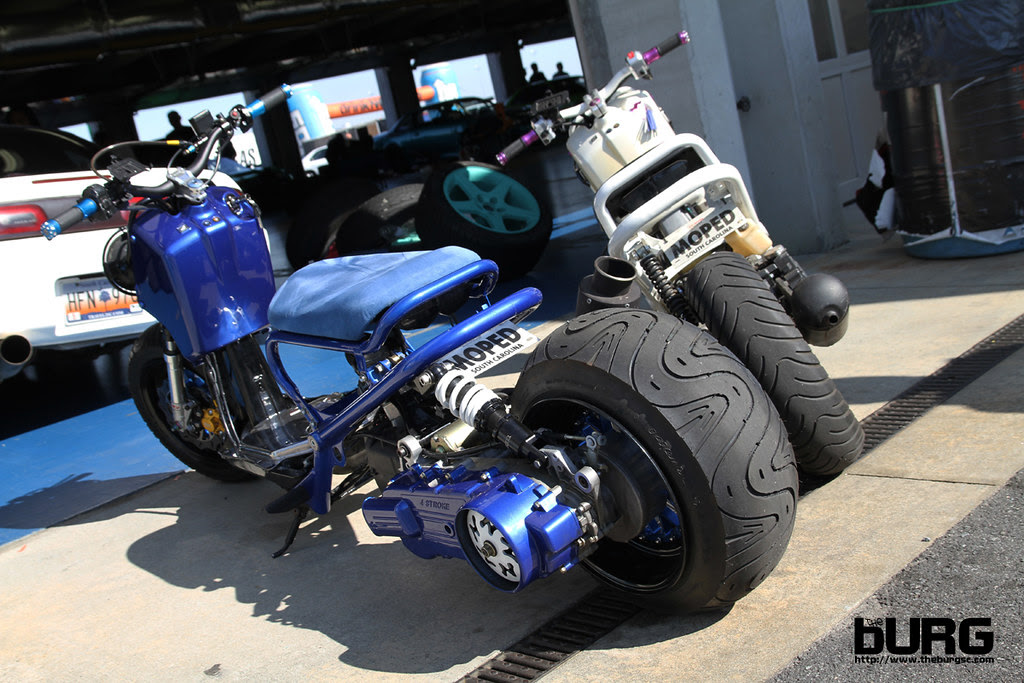 Ruckus' are starting to pop up everywhere in the tuner world. 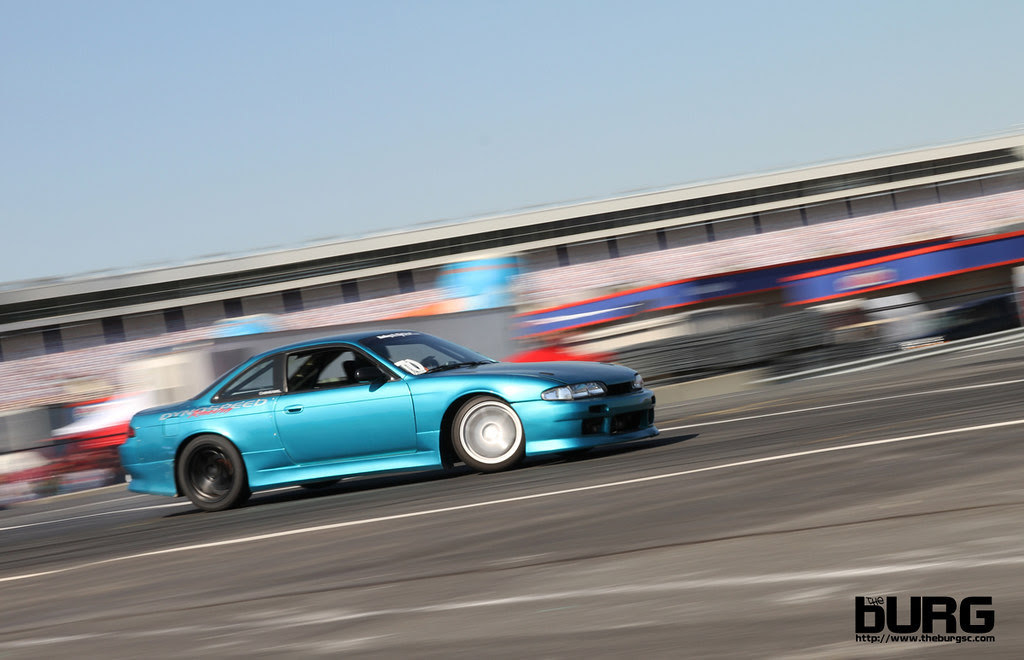 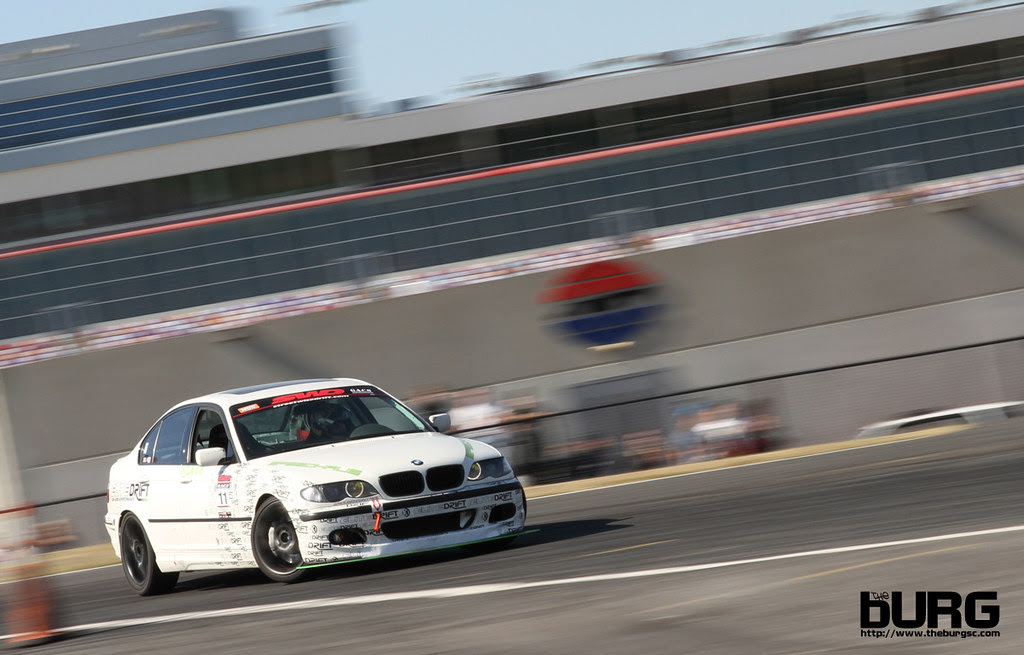 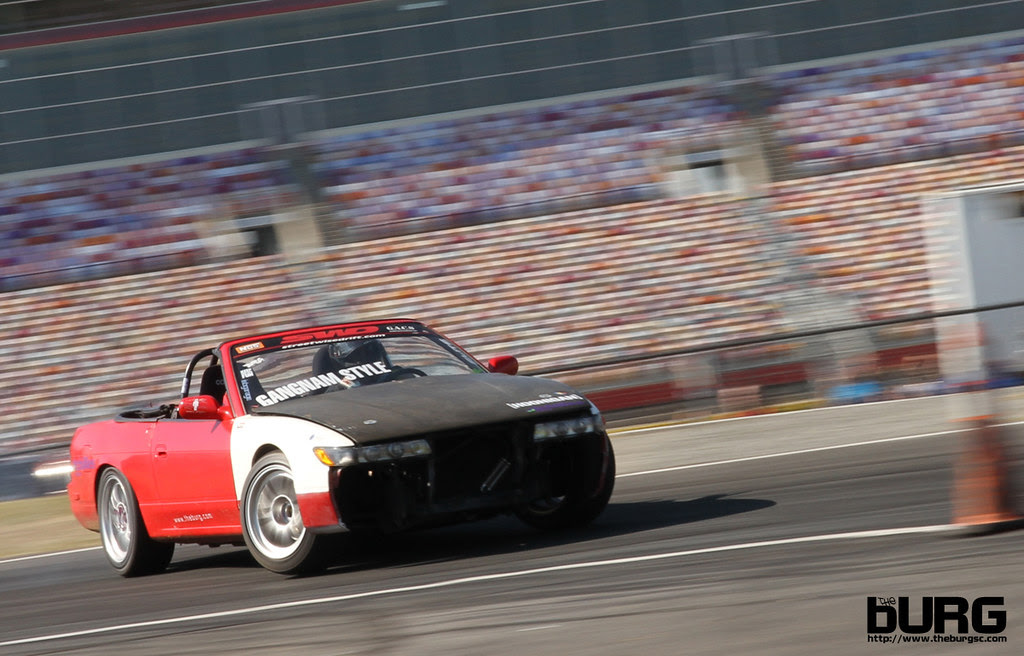 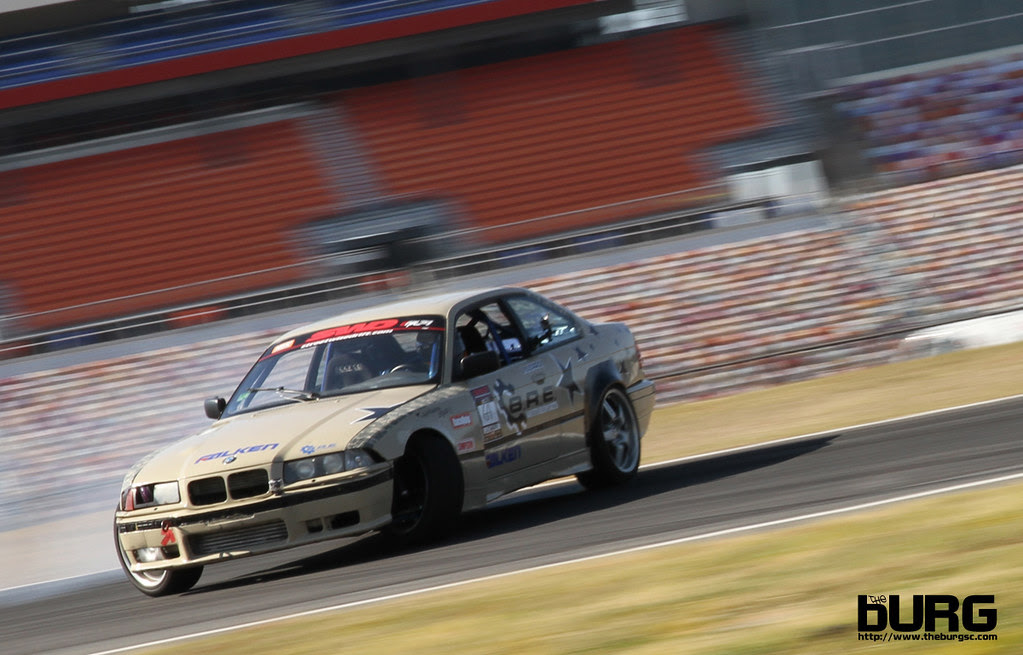 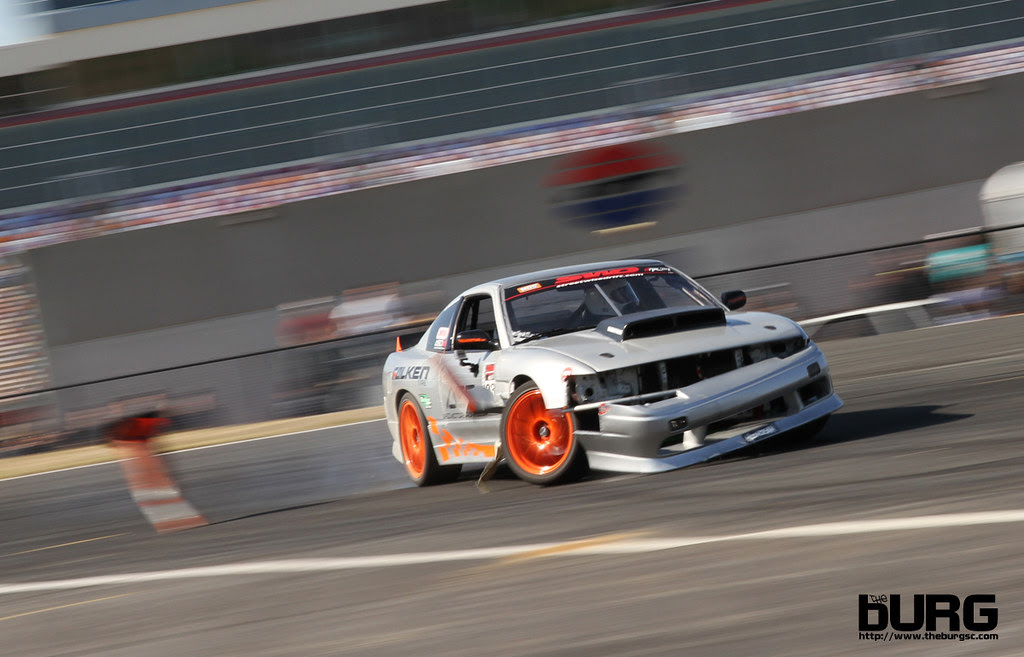 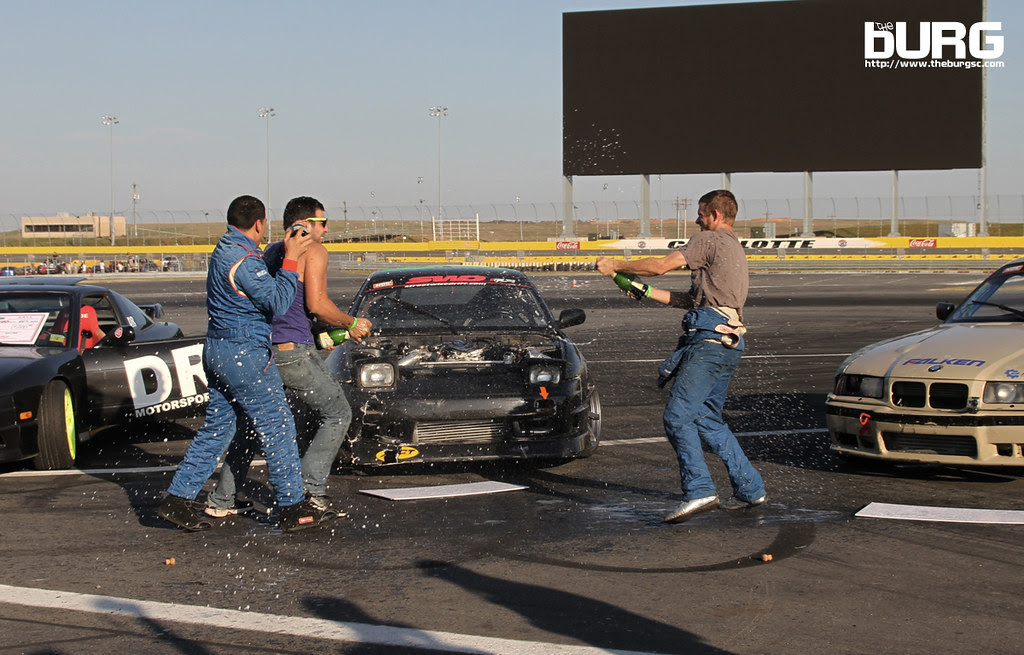